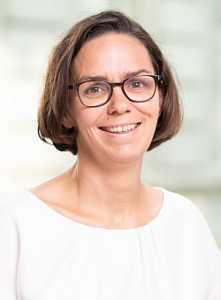 After finishing her studies in Law, Ulrike Rauch-Keschmann has been active in different areas of economy, politics and public administration for the last 20 years.

Having started her career with Austrian Airlines, she learned communication from scratch in the biggest PR agency at the time, Publico. In 2002, she switched to the Minister’s office of the then Federal Minister of Education, Science and Culture, Elisabeth Gehrer, for three years, after which she returned to the agency Publico as Senior Consultant.

From 2009 to 2018 Ulrike Rauch-Keschmann was official spokesperson of the Austrian National Tourism Office Österreich Werbung. Since August 2018, she heads the Directorate General for Tourism, currently situated in the Federal Ministry of Labour and Economy.

Barbara Prodinger is responsible for innovation and community management at the Austrian National Tourist Office.

She is exploring new solutions for the tourism industry, realizing pilot projects with partners, and showcasing success stories.

With more than 14 years of hands-on experience in Austria and abroad, Barbara specialized in virtual tourism experiences at the Salzburg University of Applied Sciences.

Following the goal of ‚traveling at any time, regardless of space and time‘ she founded her startup LIVIAR and published the emerging research results at international conferences.