The purpose of this paper is to research possible links between augmented reality and authenticity. The motivation behind this research is hence, to explore and evaluate authenticity as well as augmented reality and the underlying theories, which are prominent in literature today. Authenticity and tourism are topics, which have been widely researched in previous years. However, there is not much known about augmented reality and authenticity in tourism at the present times. Furthermore, tourism being an economic and more importantly social sector of many societies around the world today, this research aims at shedding more light on the influence of technology usage (augmented reality) and on the consequential alteration of touristic perceptions at historical sights. In order to do so, a survey is conducted which aims at comparing two groups of tourists. One group is asked to utilize an app in order to answer the survey questions afterwards. The other group simply answers the survey without the prior utilization of the app. Authenticity may be seen as the core of this research. In order to capture its essence in this paper, it is crucial to comprehend that authenticity and inauthenticity “are no longer asymmetrical counter-concepts…” (Olsen, 2002). But that they should rather be seen as “fluid concepts that can be negotiated” (Cohen, 188; Squire, 1994).

Given the fact that one of the major associations usually made with Salzburg is Mozart, his birthplace is one of the most visited sites. In a city like Salzburg, where cultural heritage attracts tourists from all over the world the question of what tourists perceive as being  “authentic” in combination with technology usage, and more specifically augmented reality, arises. In order to answer this question, authenticity must first be defined and discussed (which will be done in the first part of this research). Another purpose of this study is thus to analyse the differences in how authenticity is perceived by tourists. 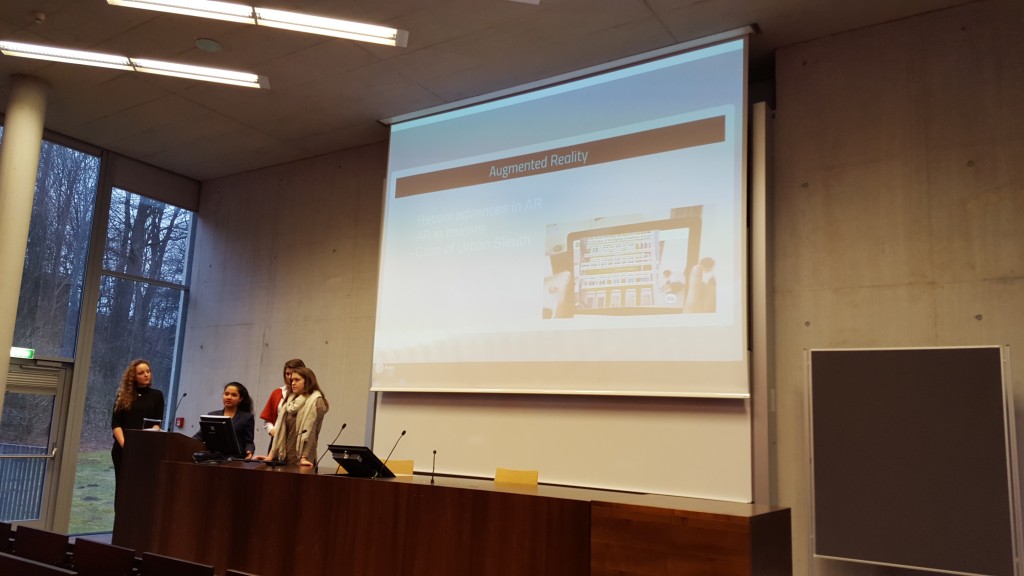